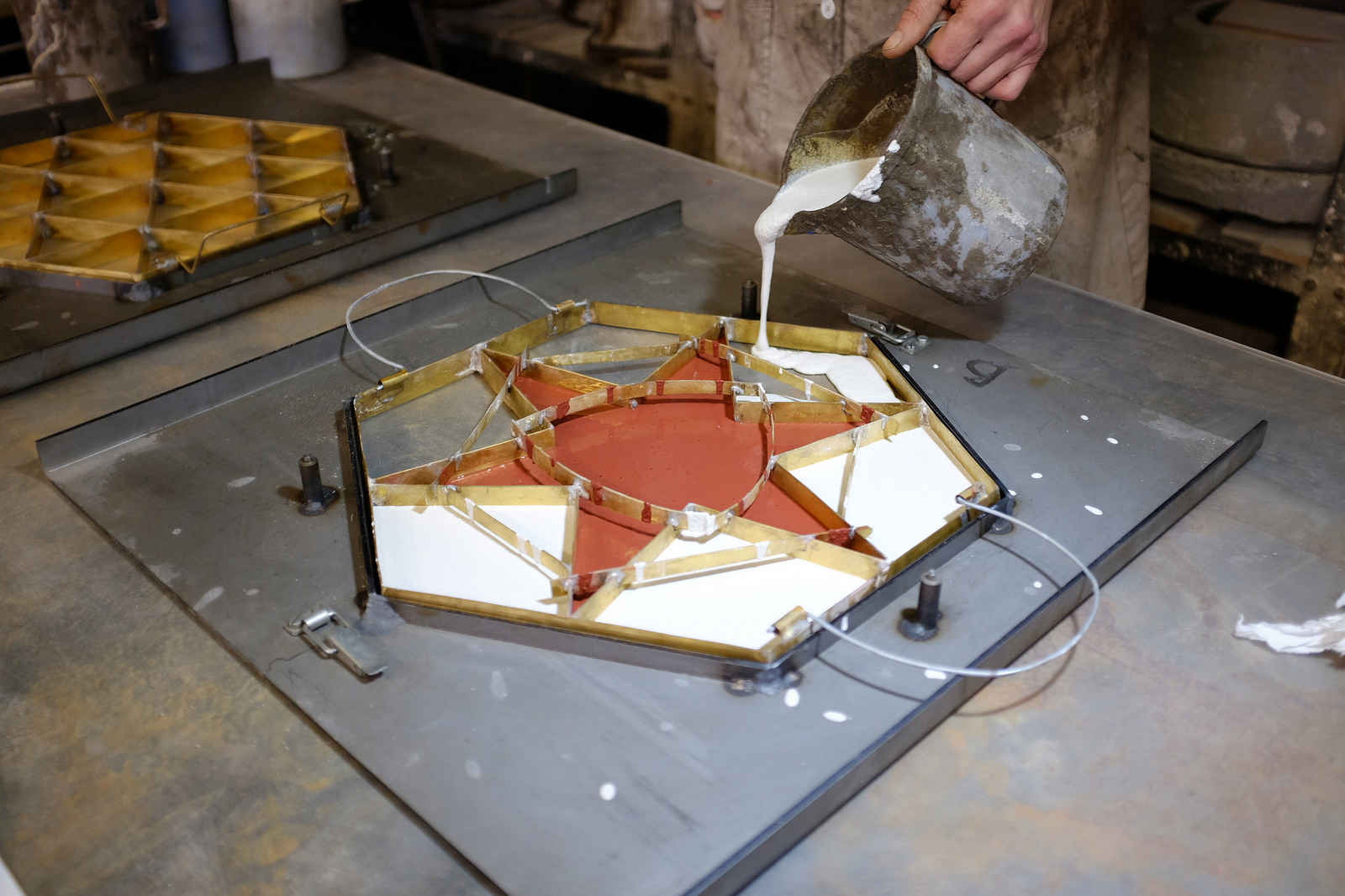 ACdO exhibited Riad table in Milano, Italy during the Salone del Mobile 2016. The table's hexagonal shape offers the possibility to reproduce a "raised floor" combining as many pieces as desired.

Design Economy Expo is open to the trade, professionals, media, and general public.

Riad table is an enhancement of the traditional manufacturing process and graphic motifs of hydraulic tiles.

These concrete tiles emerged in Mediterranean Europe in the early 20th century as an industrial response to old mosaic floors. The drawings of Riad are inspired by traditional designs that can be found from the Alhambra of Granada to the Great Mosque of Damascus.

Video of the 'Making" process of the Riad table, designed by Alvaro Catalan de Ocón and Francesco Faccin and produced by ACdO.

The idea behind this product is to decontextualise a construction material –the hydraulic tile– by isolating and objectifying it.

The result is a table for indoors and outdoor whose hexagonal shape offers the possibility to reproduce a “raised floor” combining as many pieces as desired.