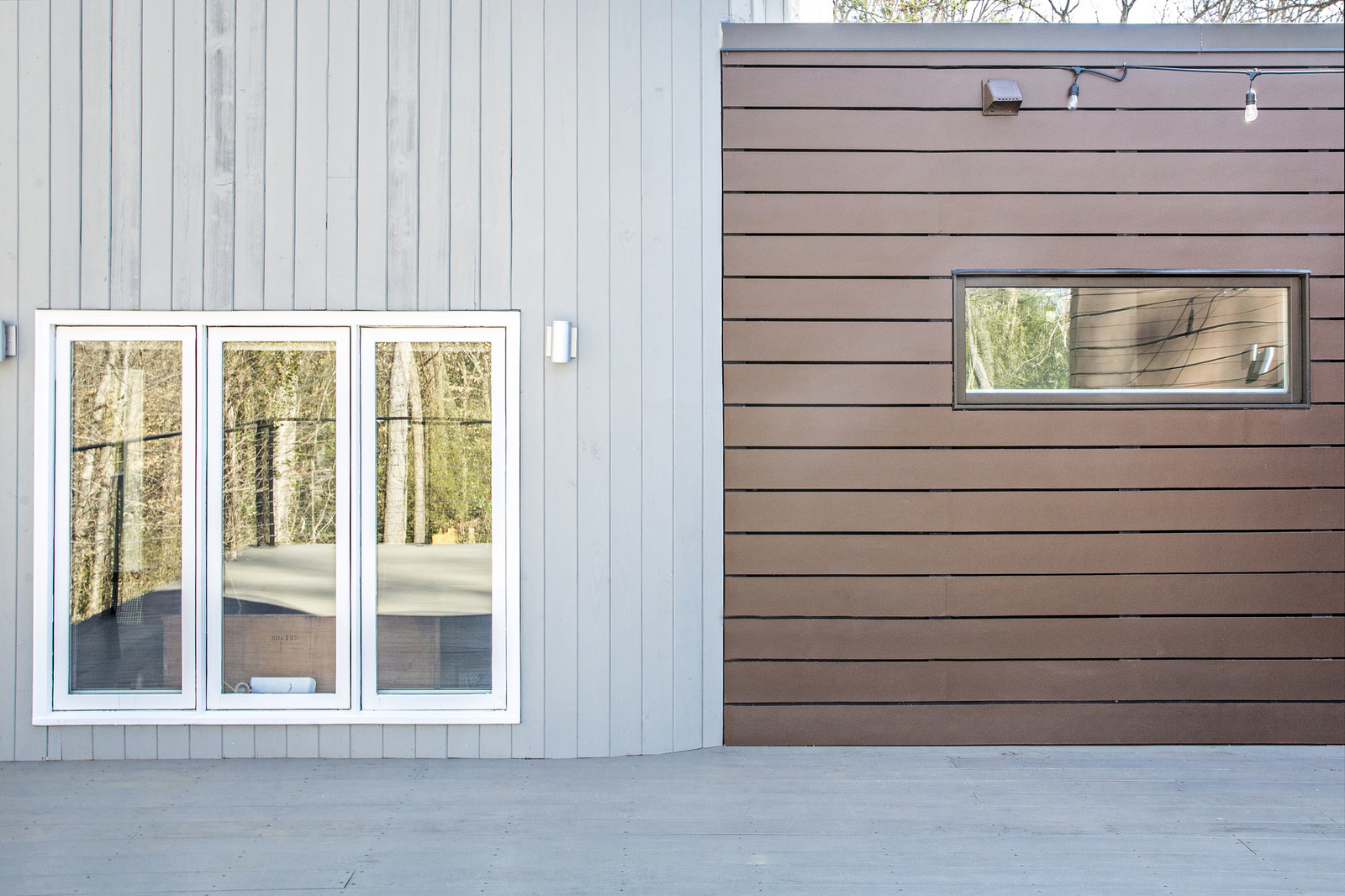 There is a huge privacy issue with the 3-story house next door so the architect focused the house towards the pool and park in the back and right side of the property. A high privacy wall on the roof deck was added that became an architectural element of the back façade. This allowed the owners to have parties or casual gatherings on the deck in private. Used cable rails were used on the other two sides of the roof deck to allow views to the pool and park.

The owners loved their outdoor existing ground level deck but they didn’t like that it wasn't bug proof. The new screened in porch gives them the outdoor space with almost year-round usage.

The new addition is a contrast the exiting house in form, material and color. Because the original house was such a strong design, it would have cheapened it to try and copy it with the new addition. On the interior however, the transition between new and old is almost seamless. It is very blurred where the old ends and the new begins.